The world has changed dramatically in the roughly 18 years that I’ve had the privilege of living. I was born right on the cusp of the invention of the iPhone. And since about age eight, for better or for worse, I have been watching our society undergo a sequence of near uninterupted transformations. On the […]

What are the ‘classics?’ They are a canon of the most beautiful, profound, insightful, inspiring, philosophically engaging, morally rich, intellectually challenging, and existentially relatable literature ever produced. And that’s far from being an arbitrary statement or mere expression of personal opinion. Until recently, a strong consensus existed within most western universities that reading the classics […]

Continue Reading "Why Read The Classics?"

August 1st, 2022 Yesterday, I departed for Idaho from my state of residence, California. For the first leg of the trip, I was to take a 6:00am flight out of Ontario International airport to Seattle Washington. So, I decided to arrive at the airport around 4:00am to ensure I had sufficient time to check-in my […]

Continue Reading "Excerpt From My Journal"

One of the most common and understandable misconceptions about homeschoolers is that they are more likely to be inadequately socialized. Prima facie, this notion seems correct (or, at least plausible) since the average homeschooler probably participates in fewer social interactions than his public school counterparts. However, the important question in this respect isn’t quantitative but […]

In many countries, generally accepted mediums of exchange known as “money” have served to facilitate the greater production of wealth. Bartering, the former and more primitive convention, was profitably abandoned owing its incredibly awkward limitations. For example, if you desire to have one-hundred of the silk pillows I manufacture, and I desire to have one […] 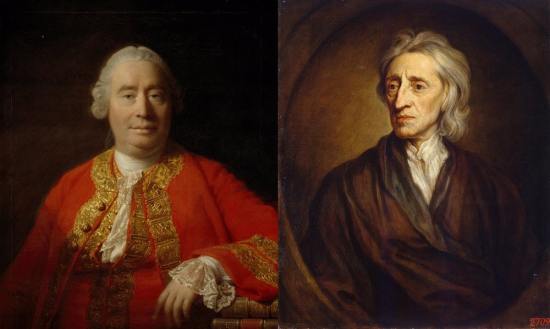 For some enlightenment philosophers (namely, Hume, Locke, and Smith) conformity to ‘Reason” included prioritizing the discovery and observance of widely shared implicit behavioral rules. The justification for giving such rules primacy over those which could be derived from alternative sources – e.g. the creative intellect2 – though not often stated (conceivably owing to its then-axiomatic status3) […]

Hello folks, Above is a piece which I recently completed. It is one of Chopin’s legendary Etudes. Enjoy!

I started the Robinson curriculum roughly five years ago, at the age of 11 years old. Transitioning to it from the Ron Paul curriculum was certainly turbulent. This was mostly because the content of Robinson curriculum (1.) was to be entirely self-taught, something that I had initially suspected would be more than I could manage. […]

My mother discovered the Ron Paul Curriculum 1 at a time when Common Core standards were becoming more widely adopted in the States. She was concerned that such curricula were contributing to the “dumbing-down” of American children. Ron Paul’s curriculum was not only devoid of Common Core, but overtly against it (as indicated by a conspicuously positioned anti-Common-Core […]

The following is the first post in a series titled Homeschooling Memoirs, throughout which I intend to relate some of my experiences with homeschooling. Since I have been homeschooling for a number of years now, and given that the approach has recently become more common in our country, I consider myself obligated to share with […]